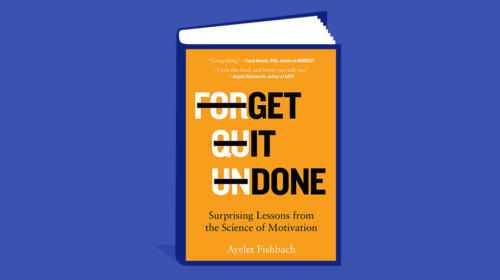 Why we love it: Expert advice on how to use the science of goals to turn dreams into reality. The writing is clear and to-the-point, yet warm, intimate, and winningly honest.

From pages 33-34:
In the early 1900s, just a few years after scientists discovered that flea-infected rats were responsible for the bubonic plague, Hanoi was facing a major rat problem. The fancy new sewer system that had recently been built in the French colony allowed rats to thrive. And now they were coming to the surface in droves, causing panic about a new wave of the plague. To fight the epidemic of rats, French colonists created a bounty program that paid one cent for each rat killed. At first, the program seemed to be going well. Within a month, tens of thousands of rats were killed every day. One day, just two months after the bounty was set, more than twenty thousand rats met their untimely end at the hands of Hanoi’s rat hunters. But to the great surprise of health officials in the city, it seemed the hunters had barely made a dent in Hanoi’s rodent problem.

Soon, tailless rats were spotted running around the city—curious given that hunters earned their bounty when they handed in a rat tail. Many hunters, it became clear, were catching rats, cutting off their tails, and setting them loose back into the sewers to breed. Health officials later discovered that more enterprising hunters, who were now making a living off rats, developed farming operations dedicated to breeding them. The bounty program was called off and rat farmers released the thousands of rodents they had bred into the city. In the end, the incentive program resulted in more, not fewer, rats wandering the streets of Hanoi.

This is a particularly salient history lesson on what happens when you reward the wrong thing. It was termed the “cobra effect” after a similar failed program instigated by British colonists to eliminate the cobra populations in India using bounties. As it would happen, in order to have a dead cobra, one needs to have a live cobra first.

Is the lesson here that rewards don’t work? On the contrary. Rewards work well enough to get people to farm rats and breed cobras. Clearly, rewards can modify behavior. But if you reward the wrong thing, you’ll get the wrong action.