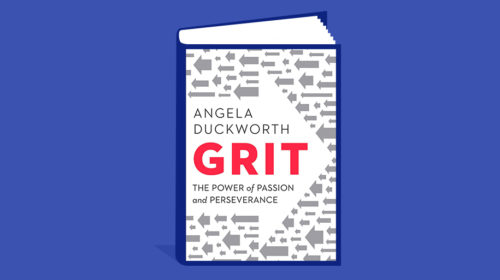 From pages 241-242:
In our family, we live by the Hard Thing Rule. It has three parts. The first is that everyone—including Mom and Dad—has to do a hard thing. A hard thing is something that requires daily deliberate practice. I have told my kids that psychological research is my hard thing, but I also practice yoga. Dad tries to get better and better at being a real estate developer; he does the same with running. My older Amanda daughter has chosen playing the piano as her hard thing. She did ballet for years, but later quit. So did Lucy.

This brings me to the second part of the Hard Thing Rule: You can quit. But you can’t quit until the season is over, the tuition payment is up, or some other “natural” stopping point has arrived. You must, at least for the interval to which you’ve committed yourself, finish whatever you begin. In other words, you can’t quit on a day when your teacher yells at you, or you lose a race, or you have to miss a sleepover because of a recital the next morning. You can’t quit on a bad day.

And, finally, the Hard Thing Rule states that you get to pick your hard thing. Nobody picks it for you because, after all, it would make no sense to do a hard thing that you’re not even vaguely interested in. Even the decision to try ballet came after a discussion of various other classes my daughters could have chosen instead.

Lucy, in fact, cycled through a half-dozen hard things. She started each with enthusiasm but eventually discovered that she didn’t want to keep going with ballet, gymnastics, track, handicrafts, or piano. In the end, she landed on viola. She’s been at it for three years, during which time her interest has waxed rather than waned. Last year, she joined the school and all-city orchestras, and when I asked her, recently, if she wanted to switch her hard thing to something else, she looked at me like I was crazy.

Next year, Amanda will be in high school. Her sister will follow the year after. At that point, the Hard Thing Rule will change. A fourth requirement will be added: each girl must commit to at least one activity, either something new or the piano and viola they’ve already started, for at least two years.

Tyrannical? I don’t believe it is. And if Lucy and Amanda’s recent comments to me on the topic aren’t disguised apple-polishing, neither do my daughters. They’d like to grow grittier as they get older, and like any skill, they know grit takes practice. They know they’re fortunate to have the opportunity to do so.

For parents who would like to encourage grit without obliterating their child’s capacity to choose their own path, I recommend the Hard Thing Rule.