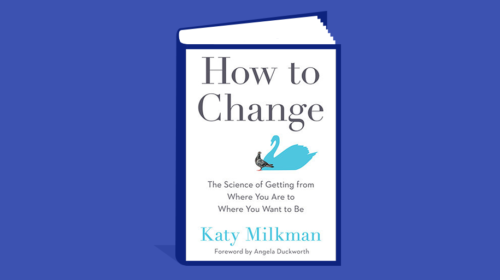 Why we love it: If you’ve tried—and failed—to make positive changes in your life, and wonder if the new science of behavior can help, this book is for you. You’ll feel like you’re friends with a world-class scientist who is walking by your side, helping you understand yourself better, and helping you, too, become a super human.

From page 125:
We all know Ben Franklin as a Founding Father, philosopher, scientist, writer, printer, and, perhaps most famously, as the man whose kite first harnessed electricity….

In his late teens, however, Franklin spent a couple of years as a philandering wastrel in London. He spent frivolously, overindulged at the local taverns, and generally behaved debaucherously. It wasn’t until his voyage home to Philadelphia, during which his ship hit some unlucky currents that lengthened the trip from a few weeks to more than two months, that he reportedly made a plan to turn himself around.

All that extra time for reflection apparently helped young Ben Franklin decide to make a fresh start. Famously, he developed a careful strategy for cultivating a set of virtues that he thought would lead to a productive and fulfilling life. With the goal of turning righteous behavior into a habit, Franklin created a system of charts to track his daily success or failure in exhibiting thirteen different virtues: temperance, silence, order, resolution, frugality, industry, sincerity, justice, moderation, cleanliness, tranquility, chastity, and humility. He would penalize failures with a black mark and reward successes with a nice blank slate. As history shows, Franklin did manage to make something of himself, after all (to put it mildly). Perhaps his charts are partially responsible.

From How to Change: The Science of Getting from Where You Are to Where You Want to Be by Katy Milkman; foreword by Angela Duckworth, in agreement with Portfolio, an imprint of Penguin Publishing Group, a division of Penguin Random House LLC. Copyright © Katherine L. Milkman, 2021.