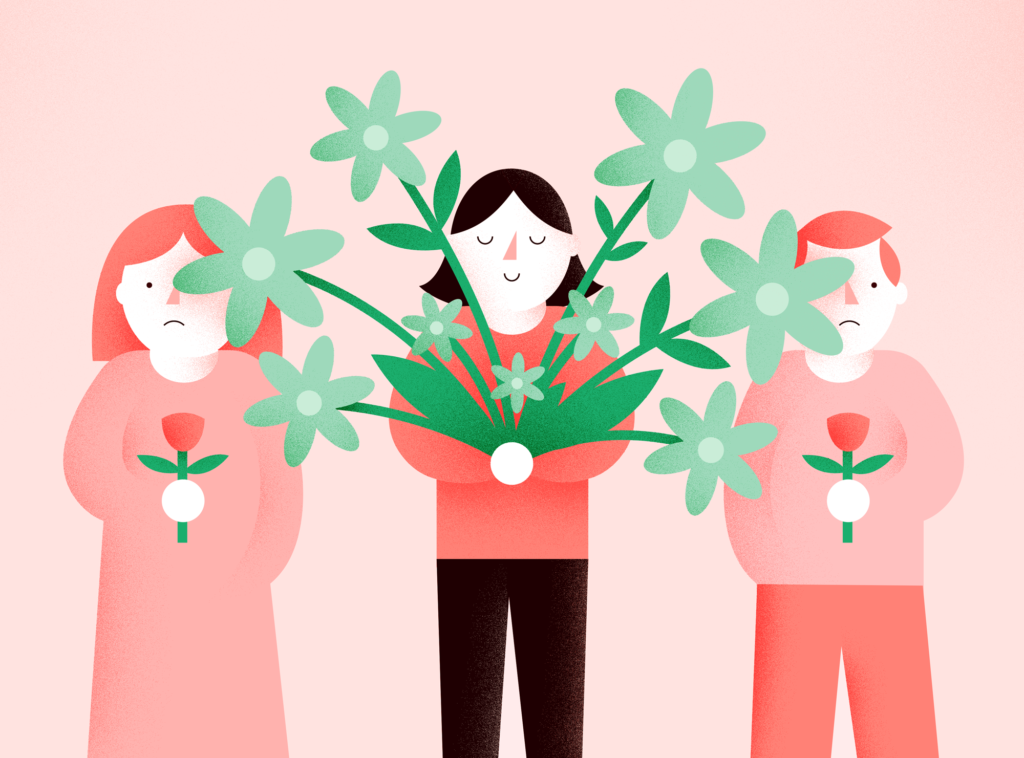 Does everyone in the universe really need to know where your kid is headed for college this fall?

Even if your child is marching through the front door of a highly selective university, there isn’t much to be gained by announcing this news publicly.

In fact, there’s a lot to be lost.

I say this as a daughter who remembers cringing, literally, when my dad—upon meeting old friends, new acquaintances, or just innocent bystanders at the local hardware store—would somehow work into the conversation an update on one or another of his children’s accomplishments.

In the same column of “nobody needs to know who hasn’t asked,” I’d put your child’s SAT scores, their awards, the personal record you set in your last marathon, and anything else that, by making you or your progeny look good, makes the person forced to listen to you feel bad.

Since we all know what it’s like to be on the receiving end of bragging, it’s always been somewhat of a mystery to me why bragging persists.

It turns out that bragging serves a hard-wired need to make other people think highly of us. We brag because, deep down, we want other people to think we’re great.

Research shows that unfortunately, we fail to accurately assess the cost of self-promotion.

Here’s what the experiment found: We tend to overestimate how happy and proud other people feel when we brag, and to underestimate how annoyed and upset our bragging makes them feel.

Don’t assume that sharing good news is always a good thing. I say this not just as someone who hates being the victim of bragging. I say this as an as-yet-unreformed braggart myself.

Do think twice about telling your coworkers how hard you worked last week. Do catch yourself when you name drop. Social intelligence is something almost everyone can work on. Your kids are not only watching, they’re learning from you as a role model.