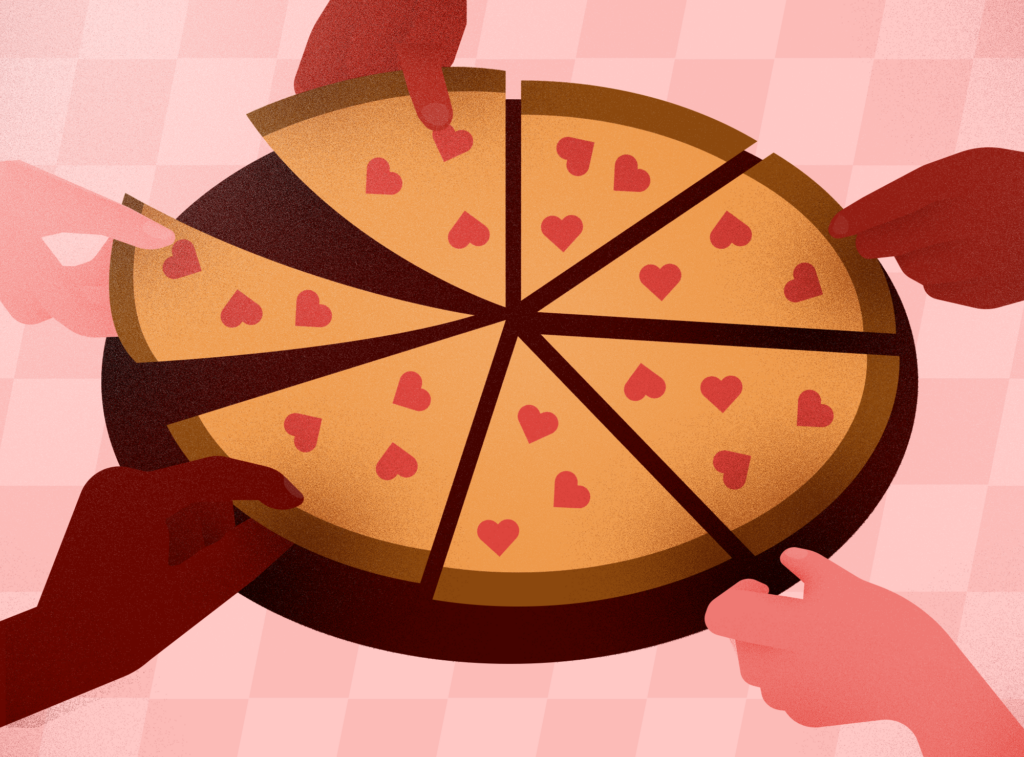 I’ve asked Ayelet Fishbach to share the next two Tips of the Week.

When my son was in preschool, he was diagnosed with gluten sensitivity. It’s a mild condition, his pediatrician assured us, one he’d most likely outgrow (and he eventually did). But for the time being, he needed to abstain from gluten.

Adjusting my son’s diet was relatively easy, since gluten-free bread and pasta are now ubiquitous. What I didn’t expect was the social toll. He was so frustrated when he couldn’t eat at school birthday parties that I was tempted to pull him out each time before the cake—and his inevitable tears—arrived.

Meals are inherently a social activity. Most of us would rather eat with others than alone, and with good reason: Sharing similar foods forms a social connection. In our research, my colleagues and I found, a child who misses out on birthday cake or pizza at a school party is less deprived of a treat than of the social bond that sharing food engenders.

In one study, we asked elementary school teachers to rate each student on statements like “the child feels left out of things” and “the child is well-liked by other children.” We found that students with food restrictions were less integrated—in other words, they were lonelier. Kids who were new to the class or had a learning difficulty had an even harder time socially, but having a food allergy had a bigger impact on loneliness than being a non-native English speaker did.

And the effect extends beyond food allergies. In another study, we assigned students under the age of 21 to play games with others who could legally consume alcohol. When the underage students thought their peers drank wine instead of sparkling cider, they felt left out.

Don’t think of food allergies solely as a nutritional issue. The damage to social well-being is just as consequential.

Do recognize that breaking bread is often less about the food itself than the connection over a shared interest. To compensate, young people with food allergies can form bonds in other ways—say, by participating in team sports, playing an instrument as part of an ensemble, or using screen time to play team-based computer games. Food restrictions may be on the rise, but loneliness doesn’t have to be.

Ayelet Fishbach, a professor at the University of Chicago Booth School of Business, is the author of Get It Done: Surprising Lessons From the Science of Motivation.