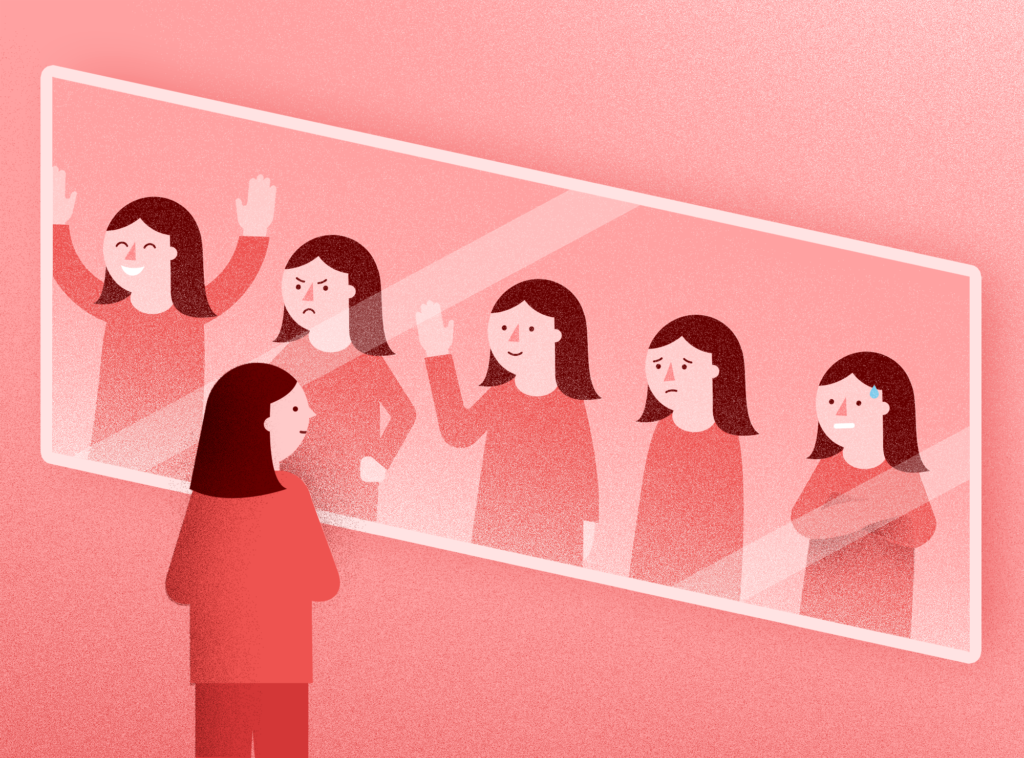 This is the second installment of a three-part series inspired by psychotherapy pioneer Tim Beck. Read the first piece here.

What is the psychotherapist who revolutionized how we treat mental health challenges thinking about these days?

Recently, Tim and I have been exchanging emails about a new idea that explains why Good-Natured Angela had mysteriously disappeared from the Zoom call I described in last week’s tip.

And where the heck did Hot-Tempered Angela come from?

Tim’s explanation for how very different our thoughts, feelings, and actions can be is what he calls the Theory of Modes. The basic idea is that each and every one of us has developed a variety of “modes”: separate personality states—different selves, so to speak—complete with their own goals, attitudes, and so forth.

Good-Natured Angela shows up a lot. In this mode, I want to respect other people’s perspectives. I give other people the benefit of the doubt. My ego is fairly sturdy.

But every so often, Hot-Tempered Angela makes an appearance. In this mode, I want to be right. I want other people to see things my way. My ego is like a hermit crab without its shell.

At first blush, this view of character seems absurd. After all, isn’t a kind person always kind, a patient person always patient?

Of course, it means something to be a kind and patient person. But no matter who you are and how much you’ve matured, your behavior can vary dramatically across situations—particularly when different cues in your situation trigger different modes.

Though Tim’s Theory of Modes is relatively new, a classic experiment conducted a half-century ago at the Princeton Theological Seminary made a similar point. Psychologists created a ruse designed to identify the situational determinants of helping behavior. Unbeknownst to the seminarians in this investigation, they would all encounter a stranger in need of help on their way to give a scheduled talk. The scene was carefully staged with an actor “dressed shabbily” and “slumped in a doorway, head down, eyes closed, not moving. As the subject went by, the victim coughed twice and groaned, keeping his head down.”

How many seminarians stopped to help?

If led to believe (by the experimenters) that there was ample time to get to their talk, 63% of the seminarians offered help. In contrast, if led to believe that they were running late and others were waiting for them, only 10% of seminarians did the same.

In sum, the mode we’re in depends a great deal on our situation.

When I am at my best, I am generous and patient. My thoughts turn to how wonderful the people I love are to me. This makes me feel grateful and happy. But I can also be selfish and impatient. There are times when my thoughts turn to what I believe other people ought to be doing for me but aren’t. I am easily angered.

Don’t underestimate how different you can be across situations. As the 16th-century philosopher Michel de Montaigne once observed: “There is as much difference between us and ourselves as there is between us and other people.”

Next week, I’ll pass along Tim Beck’s advice for bringing out your best, but for now…

Do consider the selves you prefer to show up in the world more often. Invite the young people in your life to do the same. Talk about the situations that trigger your different modes, and notice the thoughts and emotions that go with them. “The streets of our mind seethe with endless traffic,” observed theologian Howard Thurman. How good it is “to look at ourselves in this waiting moment—the kinds of people we are.”