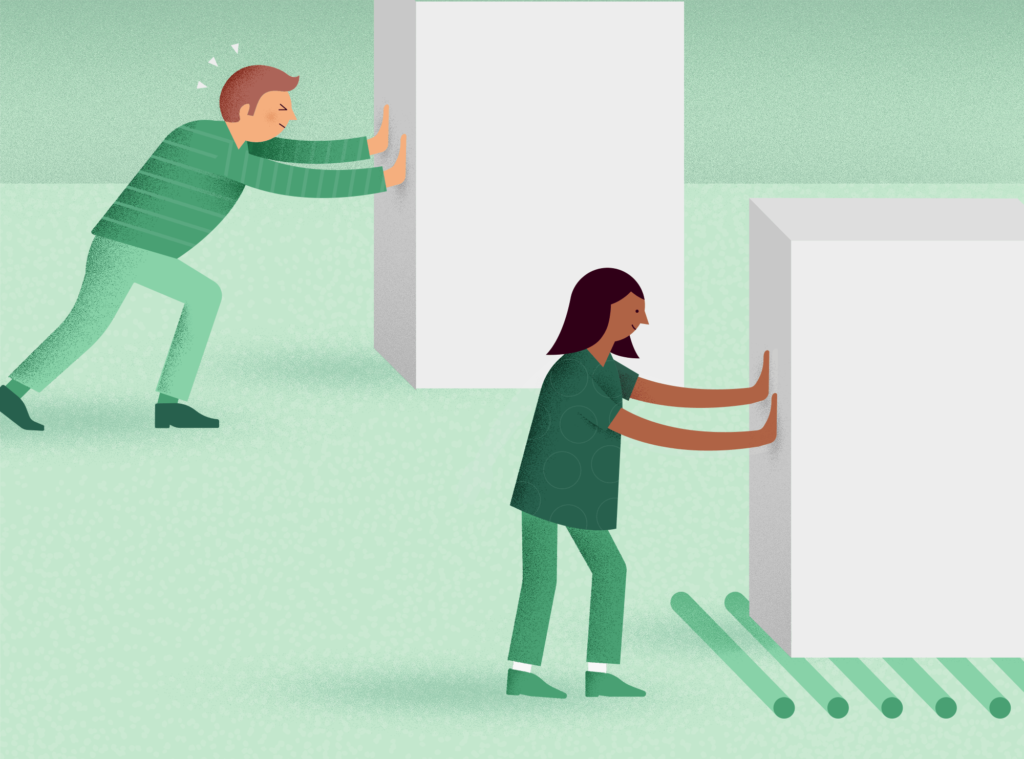 It took me a long time to learn the difference between working harder and working smarter.

Jason, my husband, also got pretty far in life on sheer work ethic. Growing up, we’d powered through difficulty by staying up later, waking up earlier, and bearing down on the problem at hand. Grinding became part of our identities, a strength we were proud of and assumed could be deployed in nearly any challenge.

But at some point, each of us discovered that working harder isn’t always the solution.

In my freshman year of college, for instance, I nearly failed neurobiology as a result of my tried-and-true “work harder” mentality. I’d assumed that if I sat in the front row at lectures, took assiduous notes, and then spent hours and hours rereading those notes, I was nearly guaranteed an A.

After bombing the hourly exam and then the midterm, I realized I needed to change my approach. I attended office hours religiously. I began asking more questions in class (“I’m sorry, professor. I don’t understand what you just said. Can you explain that equation again?”), and working through practice problems rather than re-re-re-reading my notes.

The happy ending of that story is that I passed the class and graduated college—with neurobiology as my major.

For Jason, working double the hours of anyone else was the way he got everything done. Then he married a wife with a pretty demanding career, and we had two children. Suddenly, staying at the office until late in the evening wasn’t a viable option.

So Jason had to think about how to work more efficiently. He delegated more responsibilities to people on his team. He prioritized and learned to let go of items low on the list. He established an advisory board to help him think through his company’s most challenging problems.

The happy ending to his story is that his business continued growing (and we stayed married).

Can the young people in your life learn the virtues of working smarter earlier in life than Jason and I did? New research by psychologist Patricia Chen suggests so. In one experiment, Chen and her collaborators asked students to try a challenging, unfamiliar task, where they competed to separate more egg whites. Half of the students first read a short article about how successful people adopt a strategic mindset, periodically taking a step back from what they’re doing to ask themselves questions like: How else can I do this? Are there things that I can do differently? Are there ways to do this even better? Compared to a placebo control condition, students encouraged to adopt this strategic mindset tried more strategies and performed better.

Do model, explicitly, what it means to approach challenges with a strategic mindset. The next time you’re frustrated—whether it’s opening a jar of pickles, managing your Zoom account, or figuring out how to handle logistics for this school year—wonder aloud, “How else can I do this? Whom can I ask for advice? Is there an approach I haven’t thought of?” And when at first you don’t succeed, ask, ask again.