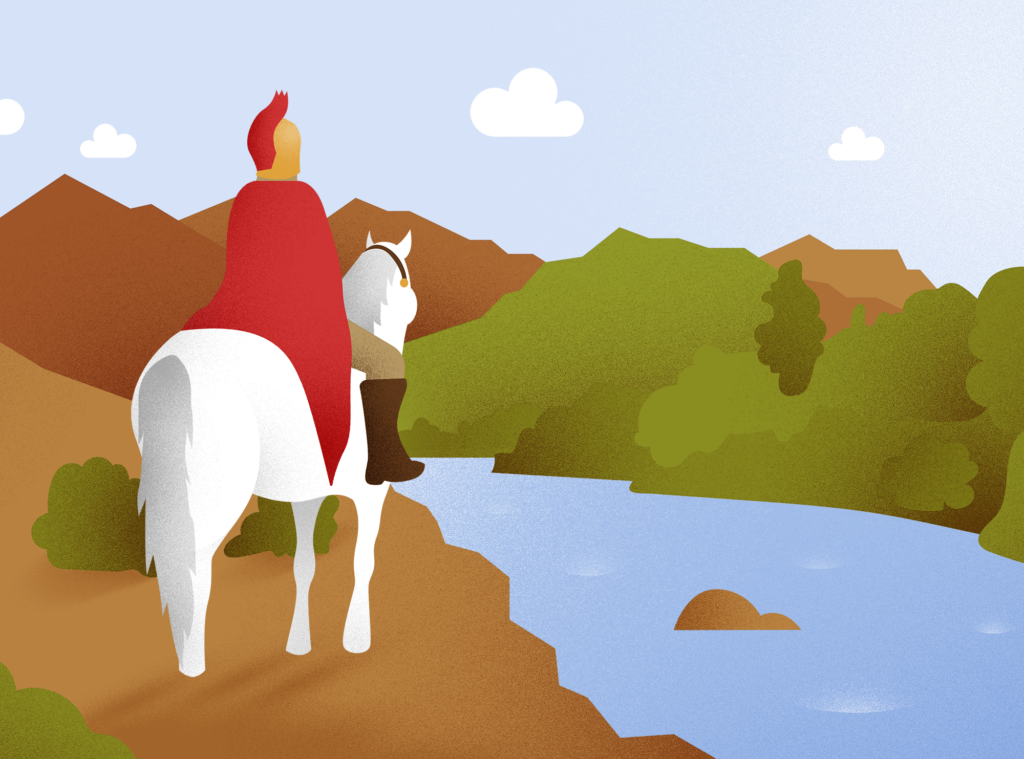 There, I’ve said it. I’ve admitted that I, Angela Duckworth, scholar of grit and admirer of all things excellent, come up short on one of the original items I wrote for the Grit Scale.

But it’s true: I do get discouraged. I’m no stranger to doubt.

And yet eventually, I get up again. I fall seven and rise eight.

What is the psychology of being “all in”? Why is it that sometimes in life, we get discouraged, retreat, and then, as a result, see our prophecy of failure fulfilled? And other times, we get discouraged but eventually redouble our effort, thereby increasing the odds that we will succeed?

The difference between being all in versus anything else comes down to whether or not you’ve crossed the Rubicon.

This is the metaphor that psychologist Peter Gollwitzer uses to explain the difference between deliberating about what to do and resolving that yes, this is exactly what you want to do. On one side of the river, you’ve got options. On the other, you’re committed.

As you may know, the Rubicon is the river Julius Caesar crossed in 49 B.C.E. against direct orders from the Roman Senate not to do so. Crossing the river was a decision that, as an unambiguous act of treason, could not be reversed.

Being all in means you’re fully committed to your goal. You’re no longer weighing the pros and cons of your dreams. Instead, you’re figuring out how to make them a reality. In an all-in frame of mind, setbacks—however painful and discouraging they may be, particularly in the moment—are reframed as lessons learned.

My guess about paragons of grit is that, like anyone else, they once wondered to themselves, Can I do this? Why should I do this? Why shouldn’t I? Everyone—including Alex Honnold and Roger Bannister and Serena Williams—must have questioned, at some point in their journeys, whether they were aiming too high or even pointing in the wrong direction altogether.

But one day they crossed the Rubicon. Afterward, they asked, How can I do this? When and where can I take action? Why isn’t what I’m doing working and what do I need to do differently?

A few years ago, I sat down and reviewed the Grit Scale items. I reread everything, thought carefully, and changed only one.

Everyone gets discouraged. Everyone cries, sometimes. But some of us cross the Rubicon. When we do, we can say without reservation: Setbacks don’t discourage me for long.

Do use times of doubt as an opportunity to consider what you truly want and believe. And help young people to consider, on the banks of the Rubicon, what their next step will be.