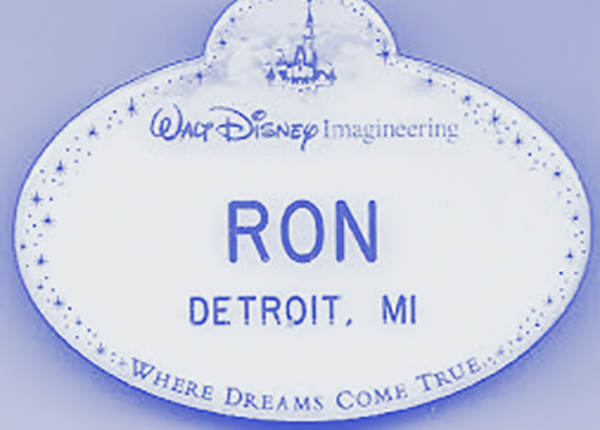 At Disney World, the name tags of Cast Members (as they like to call themselves) are magical.

I remember laying eyes on these name tags on a family vacation and thinking, in a flash, that Walt Disney was a psychological genius.

Well, for one thing, right off the bat, my family was on a first-name basis with every Cast Member we met. This subtle cue was one a way for Walt to make the millions of Disney World visitors—including us—feel at home.

Even better, right under their first name, printed in bold, capital letters, was each Cast Member’s hometown or college. This small detail had the effect of turning a total stranger into a real person, with a childhood and a life story. What’s more, it led effortlessly to connections like these: “Detroit! My Aunt Sue lived near there. Do you know a little town called Pinckney?”

In other words, the name tags of Disney Cast Members are, effectively, a social belonging intervention. Because a big part of social belonging is feeling like you have something in common with the people around you.

For instance, in one lab experiment, undergraduates read an essay about what it was like to major in math and then attempted to solve a series of challenging math problems. The essay included the author’s name and birthday. When the birthday of the essay’s author was manipulated to match their birthday, undergraduates reported feeling more socially connected to the field of mathematics and, in turn, persisted longer on challenging math puzzles.

In a recent field study, ninth graders and their teachers filled out a multiple-choice get-to-know-you survey at the beginning of the school year, with questions like “If you could go to one sporting event, which of the following would you go to?”

For each teacher-student pair, the researchers identified five identically-answered questions and then showed students and their teachers what they had in common.

I’m convinced that in the most important ways, we’re all birds of a feather. But sometimes we need help—just a tiny clue—to assure us that we belong together.