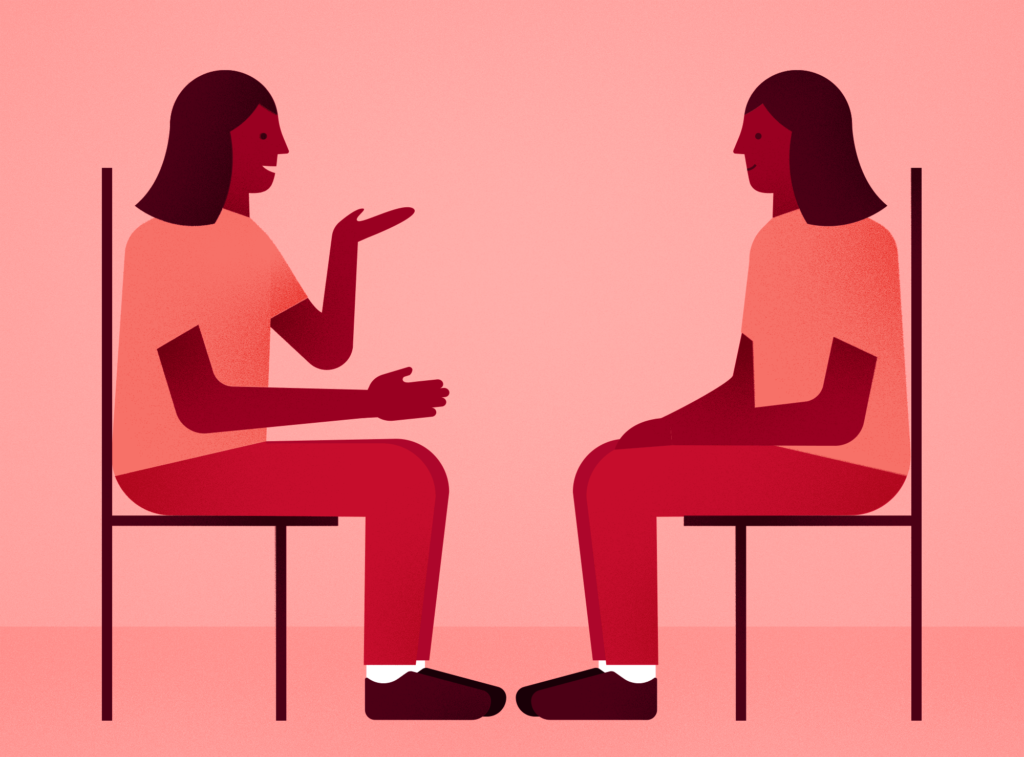 Today, I’ve asked Ethan Kross to share his tip of the week. This is the first of a two-part series on chatter.

In 2012, a 14-year-old Pakistani girl received one of the most frightening messages imaginable: a terrorist group was plotting to kill her.

Her name was Malala Yousafzai, and two years later, after recovering from a gunshot wound to the face, she would become the youngest Nobel Peace Prize Laureate. But in that initial moment, when she had just heard about the threat against her life, she found herself focusing inward trying to make sense of her situation.

When we’re stressed, turning inward is a common response—but it often backfires. Instead of making us feel better, it leads us to experience chatter.

Chatter is the cycle of negative thoughts and feelings that turn our capacity for introspection into a vulnerability rather than a strength—we worry, ruminate, and catastrophize rather than come up with clear solutions for how to improve our circumstances. And chatter is even more common now, given the turbulence of a once-in-a-century pandemic, a racial reckoning, and extreme political polarization.

So how can you manage your chatter? One useful tool is something called distanced self-talk—coaching yourself through a problem using your name, like you’re advising someone else. Malala turned to it instinctively: immediately after receiving the threat, she said to herself (silently, in her head), “If he comes, what would you do, Malala?” Then she answered the question she posed to herself, “Malala, just take a shoe and hit him….”

Research shows that it is easier to coach other people through their problems than it is to help yourself. Distanced self-talk capitalizes on this idea. Talking to yourself like you’re someone else—using your own name or “you” to work through your problems—helps you perform well under stress and regulate your emotions.

The practice even works for children. When they’re struggling with a problem, ask them to imagine what they’d say to themselves if they were a superhero like Batman or PJ Masks (e.g., “What would Batman do?”). Doing so helps them control their emotions and persevere on difficult tasks, and it’s particularly useful for kids who struggle to manage their feelings.

Don’t talk to yourself using “I,” “me,” or “my” when you’re struggling to control your emotions—it makes you more likely to wallow rather than work through your feelings.

Do take a step back. When you give yourself the same advice you would a friend, you’re able to think about problems as a manageable challenge rather than an overwhelming threat—and that propels you forward.