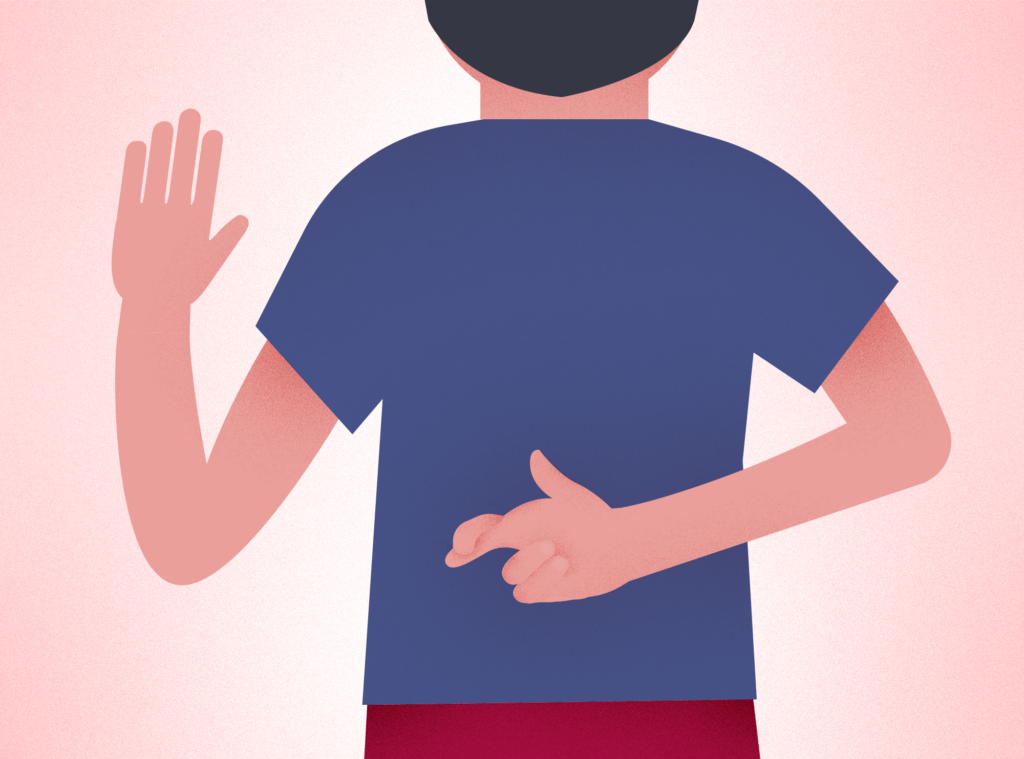 Today, I’ve asked Tali Sharot to share her Tip of the Week in the second part of this series on honesty. You can read the first part here.

At 8 p.m. every night, my 6-year-old son happily heads upstairs to bed—just as long as his older sister does, too. He can’t bear the thought of her having fun while he is asleep. She, on the other hand, does not need as much sleep. What to do?

One option would be to tell my daughter to pretend she was going to bed, then allow her to get up again once her brother falls asleep. A small lie isn’t such a big deal, right?

Actually, repeated night after night, it might have a cumulative effect. Research shows that the brain adapts to dishonesty, making each subsequent falsehood less emotionally troubling than the last.

Repeated dishonesty is a bit like a perfume you apply over and over. At first you easily detect its distinctive scent each time you spritz. But with every application you can no longer smell it as well, so you apply more liberally. Similarly, our emotional response to our own acts of dishonesty is initially strong but decreases over time.

What does emotion have to do with dishonesty? That bad feeling you have when you think about lying, which you may identify as guilt or shame, can stop you from doing it. Without the negative feeling that normally accompanies lying, you have less reason to stick with the truth, so you feel free to tell bigger and bigger lies.

Don’t treat small lies as harmless. If we let them slide, young people may get comfortable lying and will do so more often.

Do call out young people when they lie. If they feel remorse, they will be less likely to adapt to their own dishonesty. And resist encouraging even minor acts of dishonesty—such as saying you are going to bed when you have no intention of doing so. Nipping dishonesty in the bud can prevent it from escalating.

With honesty and gratitude,

Tali Sharot is a professor of cognitive neuroscience at University College London. She is the author of The Influential Mind and The Optimism Bias.