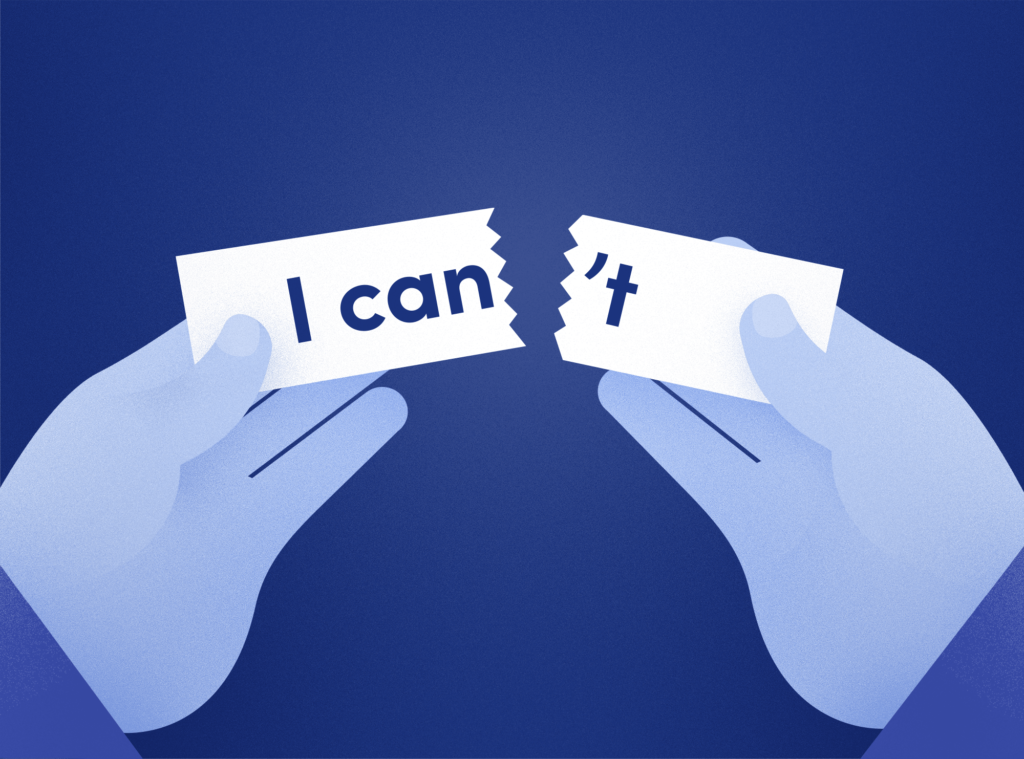 Sometimes, we quit things because we really don’t want to do them anymore.

For instance, I quit piano when I was still in elementary school because I didn’t enjoy it. I knew I could keep getting better if I tried, but I felt only joy on the day I knew I would never have to play another note, and I’ve had no remorse since.

But very often, we quit things because we don’t think we can do them even if we try.

I quit taking math in college, because some part of me doubted my ability to succeed beyond multivariable calculus. I loved derivatives and integrals and everything I was learning at that point—and I especially loved my math professor, Robin Gottlieb. Yet the idea of progressing to upper-level courses was terrifying.

Quitting is sometimes the right decision, but in the moment, when we declare, “I’m done! No more for me!” it can be very difficult to know whether we’re quitting for the right reasons.

Around the time I was quitting piano in New Jersey, something very important was happening on the other side of the country. In 1977, Stanford psychologist Albert Bandura published a paper entitled “Self-efficacy: Toward a unifying theory of behavioral change.”

Now, more than four decades later, this article has been cited by other scientists over 75,000 times—more than any other paper I’ve ever read.

Bandura asserted that underlying so many decisions in life—to persist or quit, to try a little harder or slack off, to seek help or cower from challenge—is the degree to which we think we can succeed if we try. The technical term Bandura gave us for this subjective judgment of our capabilities is self-efficacy, but the more commonly used term is confidence.

For example, here is a survey that measures self-efficacy in physics:

By administering this survey to introductory physics students repeatedly over the course of several semesters, researchers were able to tease apart self-efficacy from actual ability. Here’s what they discovered: female students earning A’s in physics are about as confident as male students earning C’s.

Understanding what builds and what damages self-efficacy is Bandura’s life’s work, and as we come to the end of an especially challenging year, it feels appropriate to dedicate a full month of our attention to what he discovered. For now…

Don’t assume that we fully fathom why we quit things. The other day, I dug out my college transcript so I could see what grades I was getting in Robin’s calculus courses when I made the choice to stop my math education. They were A’s.

Do talk to the young people in your life about the things you decided to quit. Have a conversation about the decisions you look back on as wise and those you regret—and what you’ve since learned about the nagging self-doubt that sometimes clouds our judgment. And perhaps share with them the aphorism that science supports: Whether you think you can, or you think you can’t, you’re right.