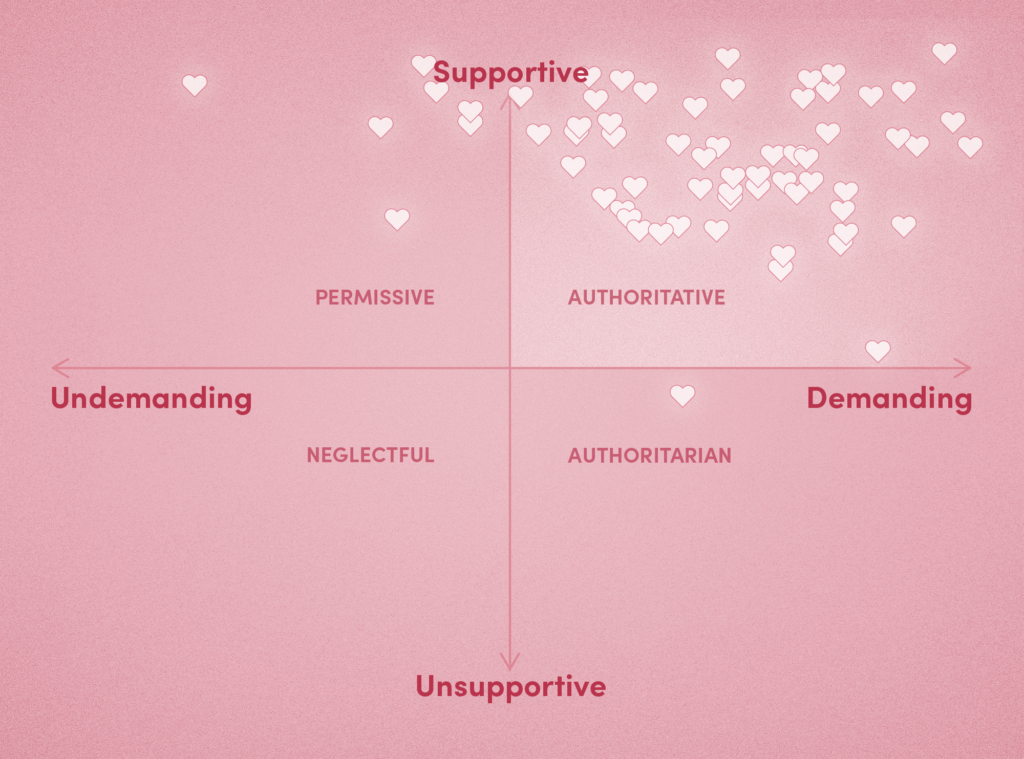 Think of a mentor you’ve never properly thanked. Write them a letter expressing what they mean to you and, if you have the courage, read it to them aloud.

This was the task I recently assigned as homework in the undergraduate class I teach. Some of my students wrote gratitude letters to their mom or dad. Others thanked a coach or former boss. As in past years, the majority of students chose to thank a former teacher.

Afterward, I polled students, asking them to characterize their mentor using two dimensions: support and demand.

Here is an excerpt from one student’s reflection, shared with her permission:

For my gratitude letter, I thanked my volleyball coach from high school. He not only was encouraging, but he was very demanding of me. He believed in me so much that he would not stop pushing me to become better.

I originally texted him asking if I could FaceTime him, and he of course loved the idea. When I called him, I told him I wanted to read a letter I had written. I read my letter, and by the end we were both sobbing. I could not stop crying because I have never met someone who believed in me as much as he did/still does today.

When someone pushes you past your boundaries, I believe that’s how you can tell how much they care about you.

Of all the blessings in life we have to be thankful for, it’s hard to beat the good fortune of having a supportive and demanding mentor—someone who cares about us unconditionally but, at the same time, asks us to do things we cannot yet do (like the tough-yet-kind eighth-grade English teacher I wrote about a few weeks ago).

Don’t assume that the people who have changed your life know how much you appreciate them. What is obvious to you may be invisible to them.

Do start a family tradition of writing gratitude letters to people you haven’t properly thanked. If you can, muster the courage to read your letter aloud. Perhaps your kids will see you wipe a tear from your eye. Perhaps you will have to explain why. I can’t think of a better way to celebrate Thanksgiving.