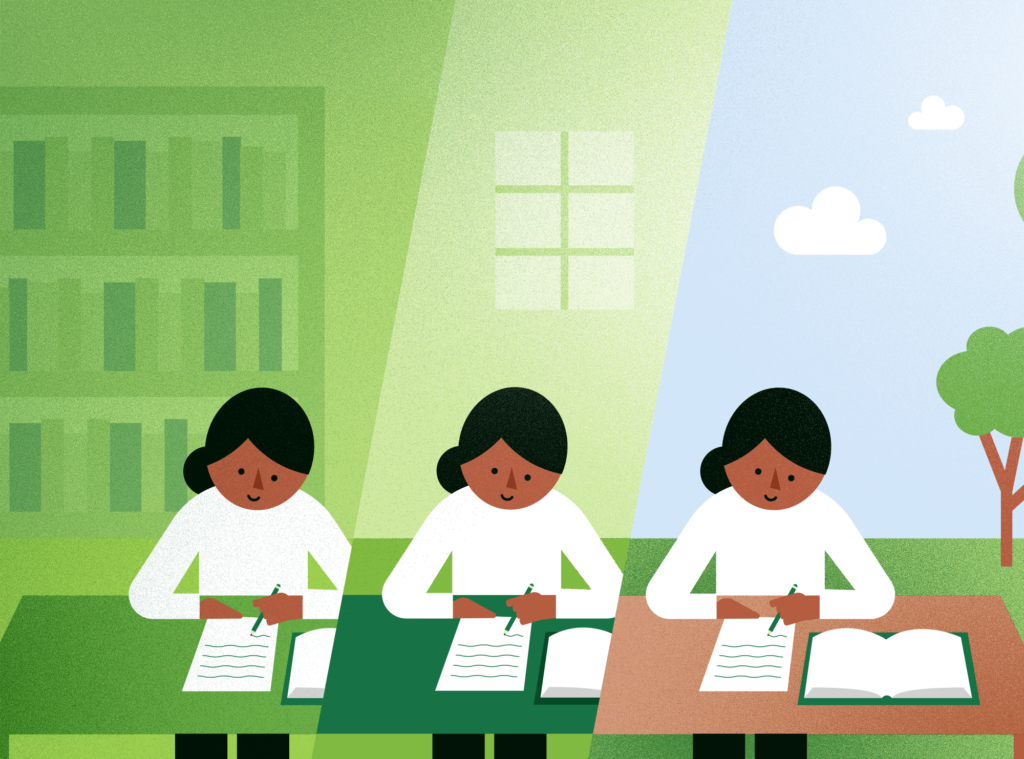 Today, I’ve asked Robert A. Bjork to share his Tip of the Week. This is the second in a four-part series on learning. You can read the first one, by Elizabeth Ligon Bjork, here.

Some years ago, I mentioned to a journalist that varying practice is better for learning, but most people don’t do it. For example, I said, people practice golf in a decidedly nonoptimal way.

Intrigued, the journalist arranged to meet me and two of my colleagues at a driving range, where we watched golfers working hard to improve their game. Invariably, they would line up their stance with the tee, then hit many shots at a particular target with a particular club before switching to a different club and target.

What they were doing might be a good way to practice if the goal is to use one club to hit the same distance at the same target several times in a row. But it’s a terrible way if you want to play well on a real course, where the lie is almost never perfectly level, there are delays between successive shots, and you rarely use the same club twice in a row.

Research has shown that varying both what and where you practice has benefits. In one famous experiment, children played a game where the goal was to throw bean bags at a target on the floor. Some kids did all their practice with the target four feet away, while others practiced at a mixture of three or five feet away. Even though the second group never practiced at the four-foot distance, they were more accurate at that distance on a later test.

Similarly, conventional wisdom says that students should find one good place to study and stick with it. But research finds that changing locations to study the same material can improve memory on a test conducted in an entirely new location.

Do get young people to vary how they practice. Suggest different ways to study the same material—say, create a timeline of events and rewrite false sentences to make them true. And help students find a variety of distraction-free places to study. All learning—school and sports and anything else—benefits from a mix.

Robert A. Bjork is a distinguished research professor in the department of psychology at the University of California, Los Angeles