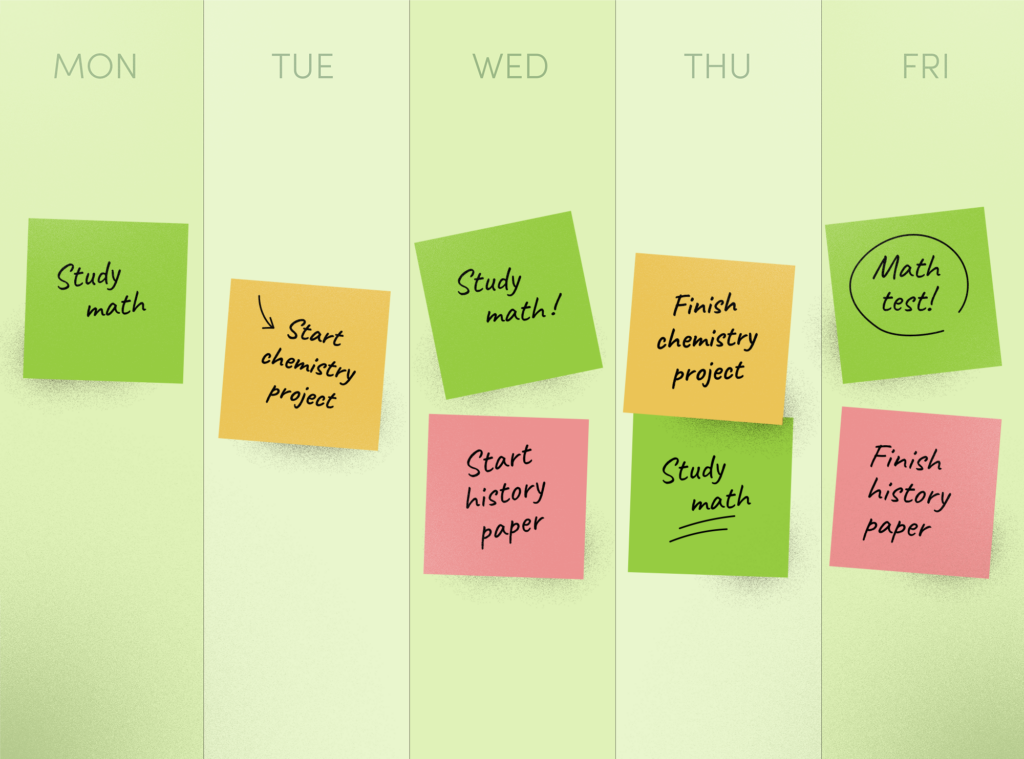 Today, I’ve asked Robert A. Bjork to share his Tip of the Week. This is the third in a four-part series on learning. You can read the first one here and the second one here.

When I was a student, I often spent the entire day before a test studying—sometimes even staying up all night.

Cramming is a time-honored tradition among students—one that is certainly better than not studying at all. But if you’ll need to remember the material later, maybe in a subsequent course, then cramming is a very bad idea. Why? Because cramming is followed by rapid forgetting.

What does lead to long-term learning? Spacing out study sessions over time.

Research shows that delaying when you restudy material results in better learning than does restudying the material right away. In other words, if you took the three hours you spent cramming the Thursday night before a Friday test and, instead, studied an hour each on Monday, Wednesday, and Thursday, you would remember the material much better in the future—say, when it’s time to prepare for a final exam.

Similarly, spacing also helps when it comes to what you study. In one experiment, researchers had students learn several algebraic concepts, such as graphing equations and finding the radius of a circle. Some of them did practice problems one concept at a time—for example, working on graphing five equations in a block before moving on to another type of problem. Another group practiced with a mixture of problem types, never doing the same kind twice in a row. On a test several weeks later, the students who practiced with a mix of problems performed better than those who practiced in blocks.

Just as in cramming, the fluency that comes from doing the same problems in a row gives the false sense of knowing the material well. Having more time in between provides a truer test of what one really knows. In a very real sense, forgetting (and then relearning) is the friend, not the enemy, of learning.

Don’t let young people believe the myth that cramming for tests is efficient.

Do encourage students to space out their study sessions. And suggest they practice mixing things up, say, by studying for a history quiz for half an hour, doing math homework, and then returning to history. Switching topics might mean forgetting some of the material at that moment, but it will be far more effective in the long run.

Robert A. Bjork is a distinguished research professor in the department of psychology at the University of California, Los Angeles.