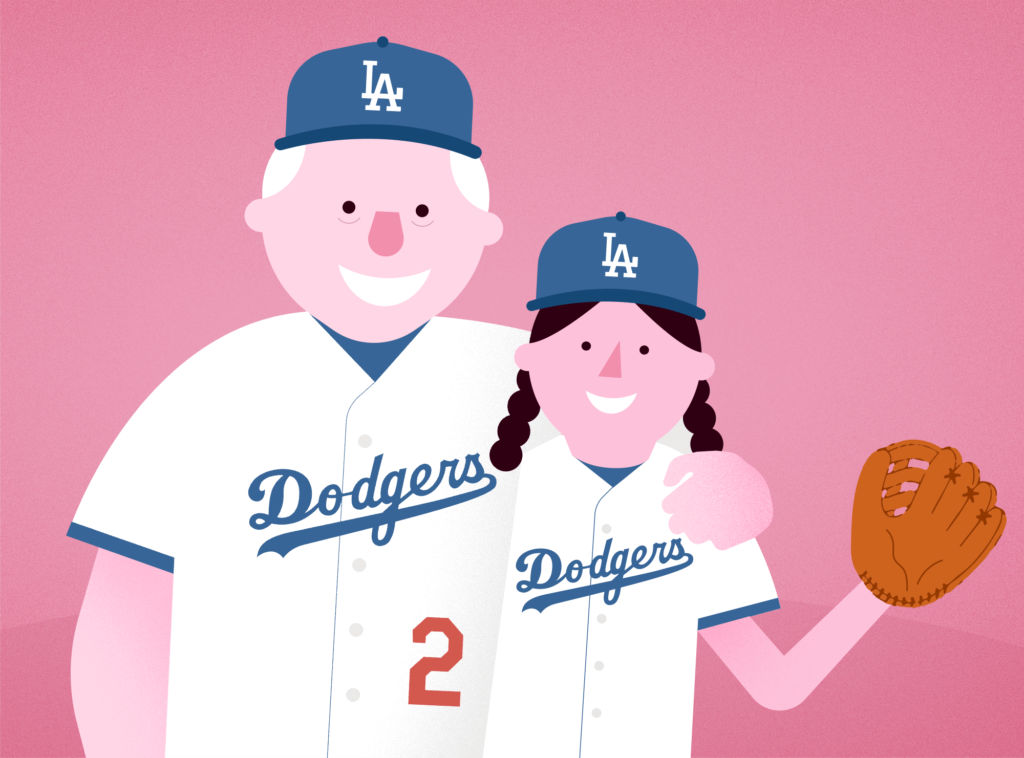 I met Tommy only once. It was a warm July evening, the Los Angeles Dodgers were playing the Philadelphia Phillies, and Tommy was in town for the game. His beloved Boys in Blue soundly beat my home team, 16 to 2.

I’d already read Tommy Lasorda: My Way, a biography full of his aphorisms and stories. Still, I was an eager audience as Tommy held forth—not only on baseball but also, in so many words, on the game of life and what it means to play it well. The morning after he died, it was that book I pulled from the shelf and sat down to reread.

Here is one of the last stories in the book.

Alyson Habetz, a 10-year-old girl from Crowley, Louisiana, has been waiting in line to meet Tommy. Handlers are rushing everyone along because events are running far behind schedule. While signing Alyson’s glove, Tommy’s elbow gets jostled. Tommy stops everyone and everything to make clear, in a voice that reminds everyone who’s in charge, that this is no way to treat young fans. Then he turns the glove over and signs his name properly.

“That night there was a banquet,” Alyson later recalls. “I followed him around all night. After that, he was my hero.”

Not only a hero but, as it turns out, a lifelong pen pal, mentor, and friend.

When Alyson wanted to play baseball in high school but was forbidden by the Louisiana High School Athletic Association, Tommy wrote letter after letter of support, encouraging her to keep chasing her dream. Finally, after two years of courtroom battles, Alyson prevailed. She played baseball during her junior and senior years.

Years later, when Alyson was pitching for the Colorado Silver Bullets women’s professional baseball team, the team’s manager was being inducted into the Baseball Hall of Fame. As fate would have it, for his historic career with the Dodgers—including 1,599 games, four National League pennants, and two World Series—Tommy was inducted on the very same day. And so it was that at the dedication ceremony, Alyson and Tommy got to celebrate together in person.

Tommy Lasorda was a paragon of grit and optimism—strengths of will that made him a tremendous competitor. But he was also a paragon of kindness, honesty, and other strengths of heart that recent research shows is what we appreciate most in a true friend.

Don’t confuse greatness with goodness. What lands you an obituary in the New York Times may not be what earns you lifelong friendships.

Do ask yourself how you’d like to be remembered. This semester, I am asking my undergraduates to write their own eulogies, and as with every homework assignment, I will do the same. This exercise forces you to ask: at the end of a life, what matters most? Fame and fortune? Or is it how you choose to show up in the world? Will you be remembered for what you accomplished or what you gave away? I don’t know that Tommy Lasorda ever wrote his own eulogy, but the last sentences of his biography are his words: “I believe that God puts you on earth for a reason. I think He put me on earth to help other people. To do everything I can do to help.”