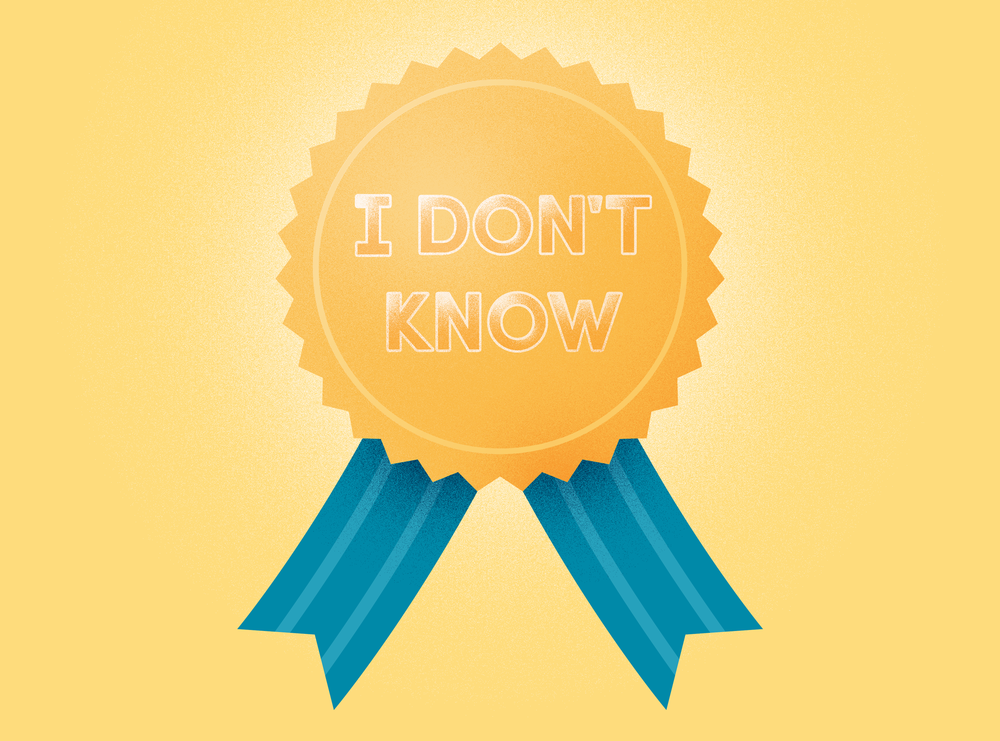 The other day, I attended a lecture by a world-renowned professor on an advanced topic in statistics. There were all kinds of graphs and equations, and the thesis he was advancing was only accessible to people who already knew a lot about how to work with data.

But that wasn’t what impressed me the most. Instead, it was something this professor said a half-dozen times in the course of an hour.

Of course, there was a lot he did know, and he had a ready reply in response to most questions. But when he didn’t know the answer, he said so.

It turns out that intellectually humble people are more curious, open to new experiences, and tolerant of ambiguity. They’re less dogmatic and less prone to judge others based on their religious opinions. They seek out views that differ from their own.

Have you ever given a presentation and hoped and prayed that nobody would ask you a question for which you weren’t prepared? I once felt that way; I didn’t want to look stupid. But over time, fear of what I don’t know has been replaced with excitement about what I have yet to learn.

Indeed, each time the professor I so admire said “I don’t know,” he went to the board and made a note to himself to work on the question after the lecture. I may have imagined it, but he seemed more excited about the questions he couldn’t answer than the ones he could.

Don’t be afraid to admit what you don’t know. It’s a sign of strength, not weakness.

Do engage with people with genuine intellectual humility. When you’re asked a question you haven’t considered before, consider it a gift. And, perhaps, like the professor I was admiring the other day, follow “I don’t know” with “Thank you. Great question. I’ll need to work on that.”