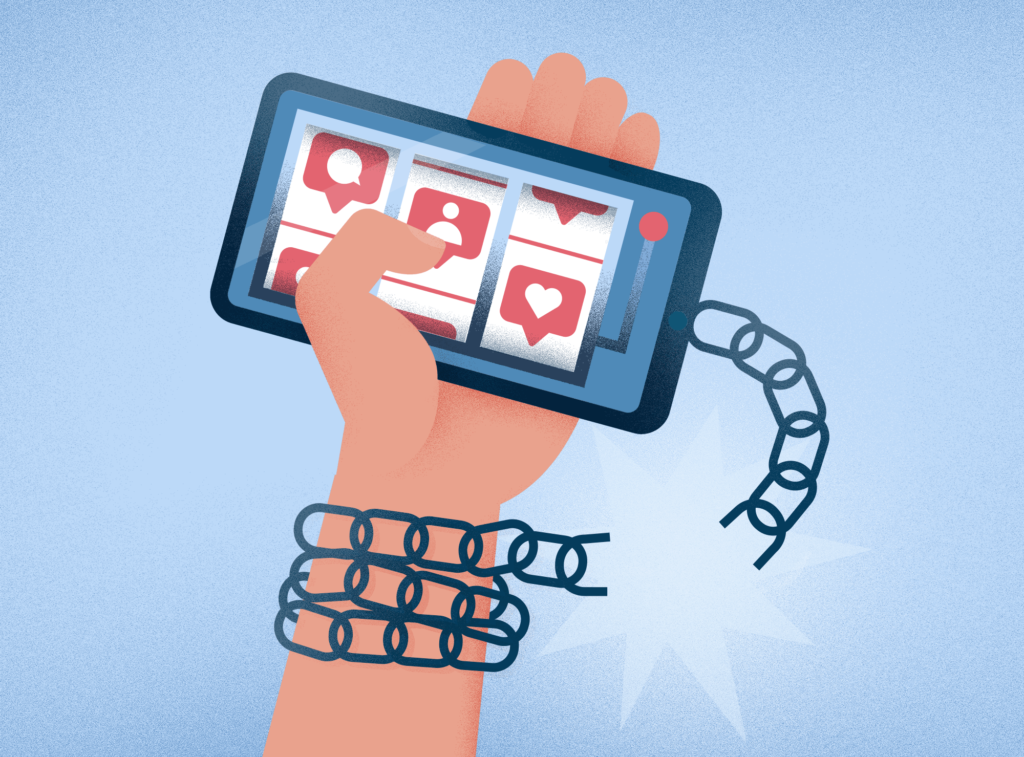 Today, I’ve asked Brian Galla to share his tip of the week.

How do you convince a teenager to kick their Instagram habit?

But as a rule, teenagers don’t enjoy adults telling them what to do or think—so this approach can backfire.

Here’s an idea that new research shows can be effective: harnessing a teenager’s need for independence.

Recently, my colleagues and I showed teenagers the many tricks social-media companies use to make their platforms irresistible and how this scheme drives their advertising revenue. For example, the pull-to-refresh design mimics slot machines, and the thrill of someone liking a post keeps people coming back for more.

We also shared national data showing that half of American teenagers report feeling addicted to their phones. Armed with this information, the teens could see controlling their own social-media use as a way to reclaim independence from these companies—and to demand less-addictive technology.

Compared with teenagers in a control group who were encouraged to avoid social media because it would be better for them in the long run, those who got the inside scoop on social-media trickery reported greater motivation to cut back. They also said they’d be more willing to use apps that monitor their time on social media and to join a social movement dedicated to humane technology. Three months later, they were still more aware of these addictive designs.

Of course, social media has benefits. It allows for creative expression, for example, and enables social connections. Beyond cutting back, then, we want to help teenagers maximize “time well spent” on social media in a way that nourishes their values and leaves them feeling fulfilled, not addicted.

Don’t lecture teens about the consequences of too much social-media use. They likely already know, and it doesn’t change their behavior.

Do help kids understand how social-media platforms hook you. Consider watching the documentary The Social Dilemma together on family movie night. Let kids see how changing their social-media behavior is an act of autonomy that can contribute to a more just world.

With mindfulness and gratitude,

Brian Galla is an associate professor of applied developmental psychology in the School of Education at the University of Pittsburgh.