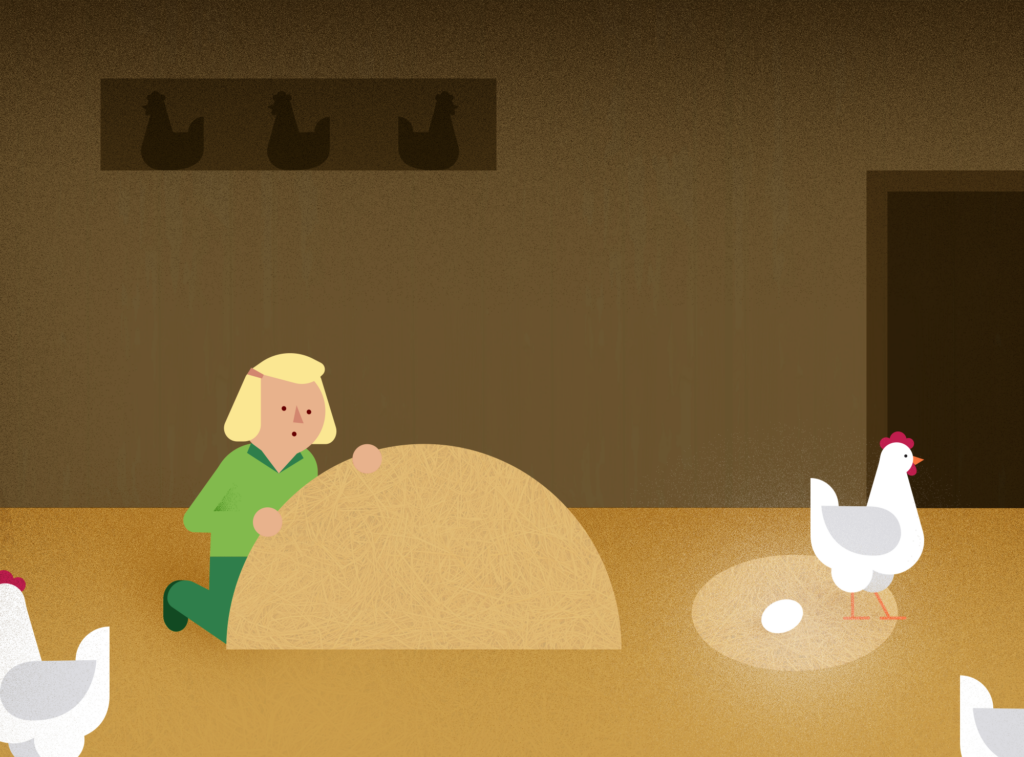 It all began with an egg.

When Jane Goodall was just four years old, she went to visit her grandmother at the family farm. One of her chores was to collect the hens’ eggs.

“As the days passed, I became more and more puzzled,” she recalls. “Where on a chicken was there an opening big enough for an egg to come out?”

Without the Internet to consult for an answer, young Jane decided to find out for herself. One afternoon, she crawled into an empty henhouse and, for hours and hours, hid in some straw, quiet as a dormouse, waiting.

More than seven decades later, Jane remembers what happened next as if it were yesterday:

At last a hen came in, scratched about in the straw, and settled herself on her makeshift nest just in front of me. I must have kept very still or she would have been disturbed. Presently the hen half stood and I saw a round white object gradually protruding from the feathers between her legs. Suddenly with a plop, the egg landed on the straw. With clucks of pleasure the hen shook her feathers, nudged the egg with her beak, and left.

As excited as she’d ever been, on a birthday or Christmas, she ran home to share the news.

Jane’s mother had been looking everywhere for her for hours and had even called the police, frantic with worry. Yet, Jane remembers, “When mum, still searching, saw the excited little girl rushing toward the house, she did not scold me. She noticed my shining eyes and sat down to listen to the story of how a hen lays an egg: the wonder of that moment when the egg finally fell to the ground.”

All little girls and boys are born wanting to learn. At the root of all learning is curiosity—questions you want to know the answer to, for no other immediate reason than you’re dying to know.

New research shows that it is not only curious questions but also interesting answers that further enhance learning and memory, particularly as children grow into adolescents. In other words, teenagers are smarter when they’re tackling topics whose questions and answers fill them with wonder.

Don’t scold children for asking questions out of turn, for hiding in henhouses, for breaking a few rules in the pursuit of an answer they urgently need to discover for themselves.

Do encourage curiosity at any age. Jane was 57 years old when she created Roots & Shoots, which empowers young people to create positive change in their communities. This year, at 87, she published The Book of Hope and accepted the 2021 Templeton Prize, saying, “I am eternally thankful that my curiosity and desire to learn is as strong as it was when I was a child.” You’re never too old, or too young, to puzzle over something you don’t understand, to figure it out for yourself, and then, with shining eyes, to share your discovery with people you love.