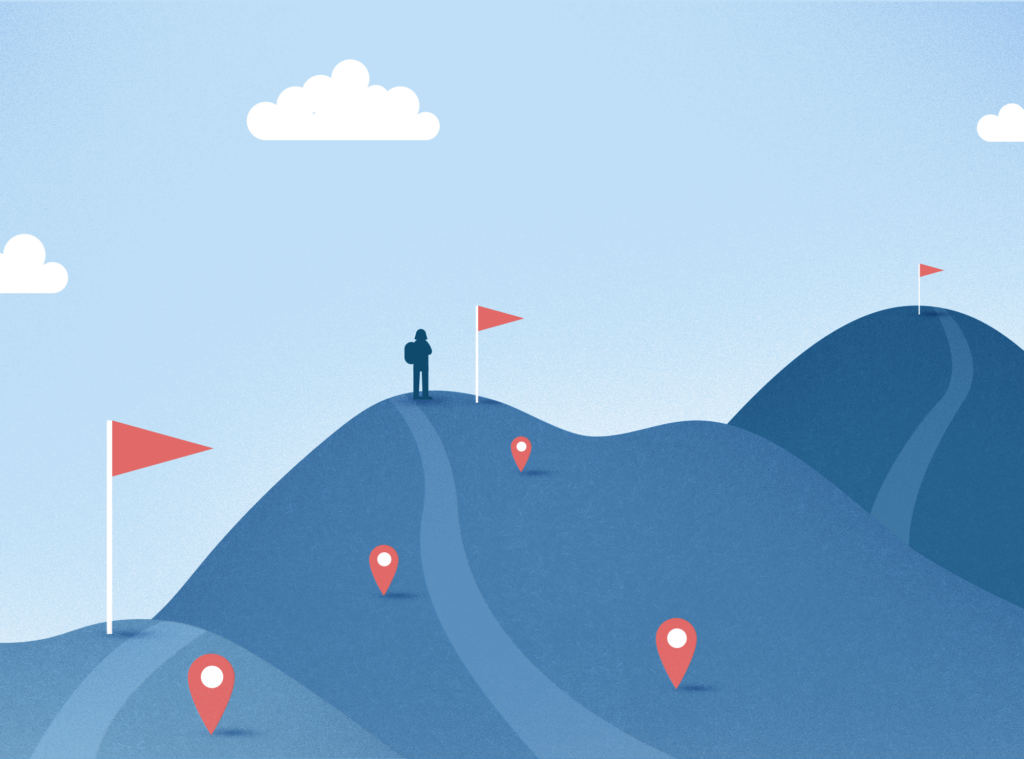 Today, I’ve asked Jennifer Aaker to share her Tip of the Week.

How do you define success?

This is a question I ask my undergraduate students, and they have no trouble answering. “When I achieve an A—ideally in all my classes,” one responded, and I suspect most of his classmates—and their parents—would agree.

But thinking of outcomes as the main prize can be a hollow victory. After you’ve worked hard to meet a goal—whether it’s getting an A on a test or losing 10 pounds through a fitness-and-diet regimen—a natural first response is to celebrate. The second? To slack off on the very behavioral changes that led to your success, cutting back on time spent studying or skipping workouts.

So how do you capitalize on wins without backsliding?

Research I conducted with Szu-chi Huang shows that when we think of a goal as one step in a longer journey, not the final destination, we’re more likely to keep up the practices that led to reaching that goal.

In this light, success isn’t a short-term win; it’s the subsequent activities you do after you get that gold star. And that attitude helps you keep up the hard work that moves you forward.

For example, professional athletes often watch playbacks of games, learning from both their high points and mistakes so they can be more effective moving forward. Similarly, you can take notes, photos, or clips marking milestones on the path toward a goal, so you can more easily look back once you’ve reached it.

That’s not to say a destination mindset is without value—it can be beneficial during the actual pursuit of a goal, when thinking about the destination can help you sharpen focus and work harder. But after you accomplish the goal and feel successful, you need to shift mindsets and think about what you’ve learned along the way.

What about my student who initially considered earning A’s as his definition of success? He came back at the end of class and told me this new perspective not only helped his grades, but also improved his well-being by letting him see the bigger picture.

Don’t define success as a destination.

Do reflect on the steps it took to achieve your goals. What were the wins or high points, what were the losses or setbacks, and what did you learn from each? As the old proverb goes: Life is a journey, not a destination. And the point of education is not getting a diploma—it’s to acquire the skills to keep learning in the future.

On the journey with you,

Jennifer Aaker is the General Atlantic Professor at Stanford Graduate School of Business.