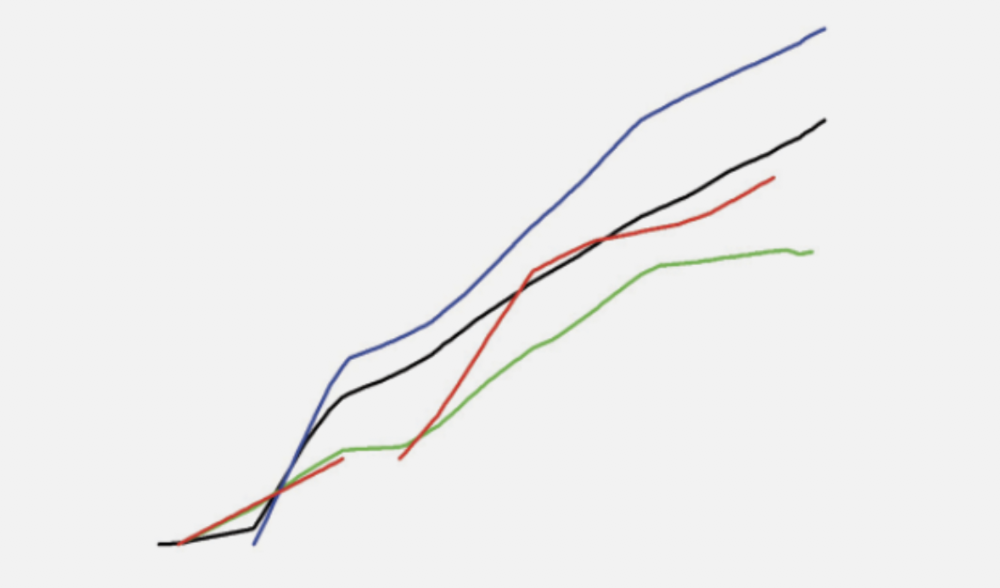 In tandem with increases in delay of gratification, the human capacity for abstract reasoning has increased enormously over the past century. This phenomenon is called the Flynn Effect, after the political scientist who discovered it.

I first learned about the Flynn Effect in graduate school. I remember thinking it was impossible. How could it be that as a species, we’re getting smarter?

And not just a little bit smarter.

The size of the Flynn Effect is staggering: more than 30 IQ points—the difference between getting an average score on a standard intelligence test versus qualifying as mentally gifted. Gains are comparable in all areas of the United States and, indeed, around the world.

James Flynn explains: In our grandparents’ generation, it was the unusual child who, when asked what a dog and rabbit have in common, would answer, “They’re both mammals.” This is, of course, true.

Instead, a kid in 1900 would more likely say, “Dogs chase rabbits.”

This answer is also true, but it focuses on the concrete world and how we can make practical use of information.

As yet, there’s no scientific consensus on why children are getting better and better at abstraction. Since the human gene pool couldn’t possibly have changed much in so few generations, explanations have focused on environmental influences.

One possibility is that the quantity and quality of education, including preschool, has steadily improved over the last century. Relatedly, it could be that people get better at whatever they practice: Compared to kids of prior generations, kids today, and we grownups, too, seem to do far more abstract thinking.

Whatever its root cause, the Flynn Effect shows human nature for what it is: malleable rather than fixed, remarkably adaptive to circumstance, and exquisitely sensitive to culture and opportunity.