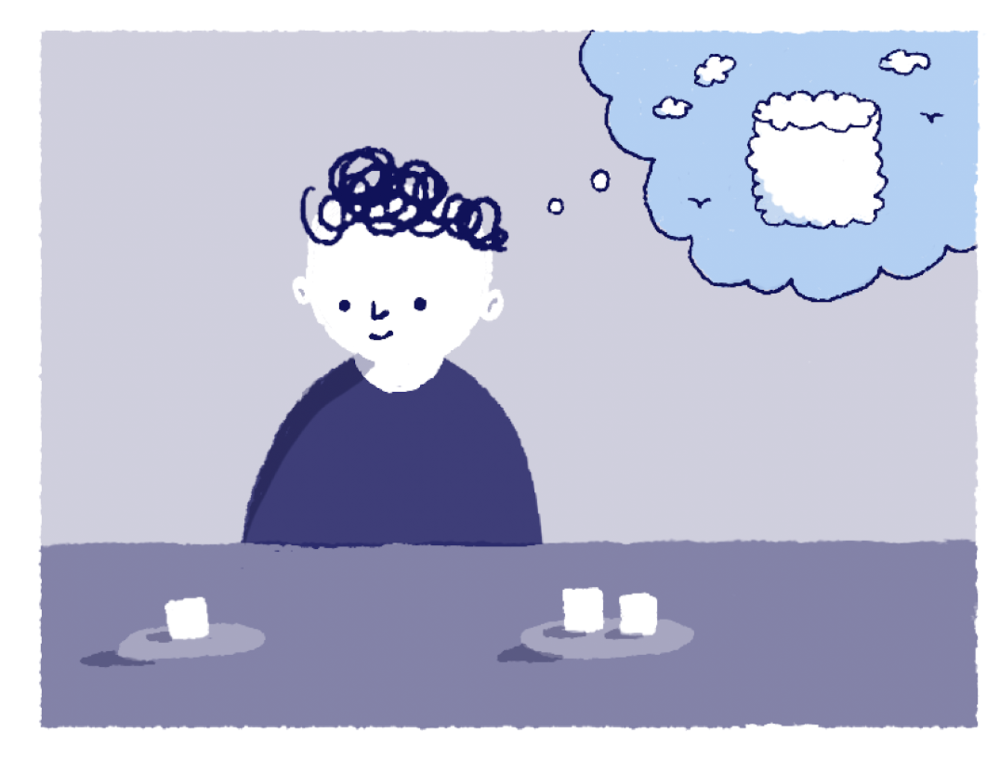 Last week, I told you that compared to 50 years ago, kids today are better at delaying gratification.

Why is the capacity for self-control on the rise?

Stephanie Carlson, the scientist responsible for this discovery, is one of my close collaborators. I called to ask her what she thinks.

“Symbolic thinking means mentally representing objects and events in ways that extend beyond the here-and-now,” Stephanie explained. “These mental transformations help put psychological distance between you and temptations.”

Of course, a marshmallow is not a cloud. But thinking about how a marshmallow is white and fluffy like a cloud temporarily transforms a “hot” temptation into something “cool” because, after all, you can’t eat a cloud.

When my daughter Lucy was six years old, I took her to Dunkin’ Donuts for a chocolate glazed donut.

“I’m not hungry now,” Lucy informed me as I handed her the bag. “I’m going to save my donut for later.”

“Fine,” I said, and then looked down to see her swinging the bag back and forth, singing: “I have a cell phone! Mommy bought me a cell phone!”

Lucy looked up and smiled: “But Mommy, you can’t eat a cell phone!”

Temptations are everywhere—and never more numerous or more potent. But how we think about them is up to us.

More than any generation before them, kids today are capable of putting psychological distance between themselves and the marshmallows, cell phones, and other “hot” temptations in their lives.

Psychological distance is a trick you learn early in life and benefit from more and more as you mature. So the next time you struggle with self-control, remember you can use your mind to keep your cool.