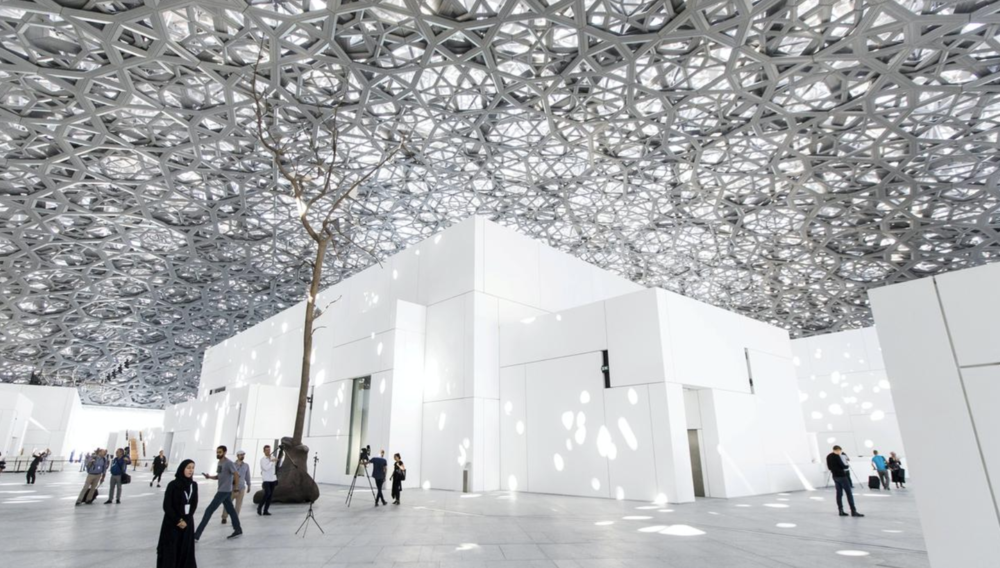 Six months ago, the Louvre opened a new art museum in Abu Dhabi. The museum’s central theme is universality. When you see art from entirely different cultural traditions displayed side by side, you see striking similarities that in a traditional museum would be less obvious. Three gold funerary masks from the Levant, China, and Peru. In a small, dark room, side by side, illuminated pages of the Koran, Bible, and Torah.

To help all kids thrive, we, too, must look past superficial differences in origin and focus instead on universal psychological insights. We must find the throughlines.

Imagine, for example, if I had to fashion an exhibit out of what I happen to be carrying around in my backpack. In a waist-high glass case, on a red velvet cloth, under three tiny halogen lights, I’d lay two books and one manuscript.

The books are not what you’d expect a professor of psychology to be carrying around, much less reading cover to cover, which I did.

In Reflections on Happiness & Positivity, His Highness Sheikh Mohammed bin Rashid Al Maktoum, the prime minister of the UAE, writes: “Positivity, simply put, has to do with a person’s perspective on matters. It is the pair of glasses through which a person views the world and its challenges, the future, the people around him or her, and indeed, life in general.”

In The Compound Effect, Darren Hardy, the former publisher of Success magazine, writes, “Your mind is like an empty glass.…If you’ve got dark, dismal, worrisome water in your glass, everything you create will be filtered through that muddy mess, because that’s what you’ll be thinking about…That’s why I read something inspirational and instructional for thirty minutes in the morning and evening.…I’m flushing my glass and feeding my mind.”

The manuscript is what a professor of psychology is expected to be reading: a 137-page theoretical article in press in Psychological Review. In “Wise Interventions: Psychological Remedies for Social and Personal Problems,” psychologists Greg Walton and Tim Wilson suggest that “subjective meaning-making—how people make sense of themselves and social situations—can prevent people from taking advantage of opportunities for improvement already available to them.”

Do you see the throughline? It’s obvious, isn’t it, when laid side by side? Would you, if you wanted to add to this exhibit, suggest Hamlet, Act 2 Scene 2: “There is nothing either good or bad, but thinking makes it so”? How about an Annual Review by Aaron Beck on cognitive therapy?

The challenge of studying character is to be as open-minded as a child to observations about human nature. Psychologists don’t have a monopoly on ideas for character development. They can come from art, literature, and music, from high school football coaches and classroom teachers, from self-help books and religious texts.

At the same time, it’s essential to curate insights based on rigorous scientific evidence. As Walton and Wilson point out, “common sense is not always wrong but too often it leads to approaches that are ineffective or do more harm than good.”

For instance, the idea that telling kids to “just say no to drugs” sounds like it might work. But randomized controlled studies of the original DARE program implemented in 75% of U.S. schools in the 1980s find that it does not.

In contrast, the idea that our mindsets powerfully shape how we interpret our objective situations is an idea observed by many and now substantiated by science, including the National Mindset Research Study funded in part by Character Lab.

The Louvre Abu Dhabi is the only museum in the world wholly dedicated to seeing past superficial differences to the throughlines of art. Character research can be equally groundbreaking. We can be open to ideas wherever we find them, argue constructively and persistently for our different perspectives, and make psychological science our most trusted guide while seeing the whole world as inspiration.